Dr Bach studied medicine in London and worked as a House Surgeon, before starting a practice in Harley Street. He then became a researcher in homeopathy and bacteriology. 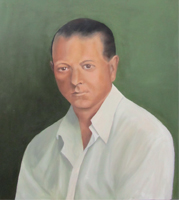 • In 1930, frustrated by traditional medicine's lack of focus on the patients, he left his practice to create a new, more natural way to treat and heal them.
• He found that some flowers and plants had the power to heal specific feelings and emotional imbalances, leading to a better ability for body and mind to recover.
• He identified 38 plants and flowers and their benefits, then designed a method to capture and preserve their active principles as "Bach Flower essences".

He created his "rescue remedy", a special blend of 5 flower essences, specifically designed to treat states of shock or anxiety, which became a worldwide success